At Bail Man Bail Bonds, we are committed to your interests and our honest communication will never lead you astray. 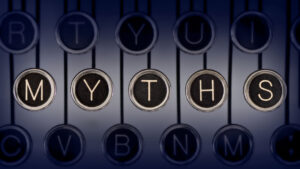 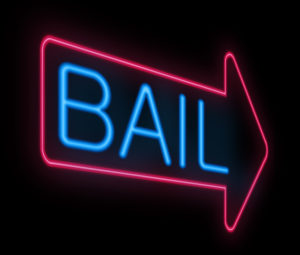 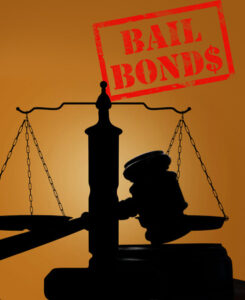 There are many types of bail bonds, and it can feel like a quagmire figuring out what each one is. In the following article, we’ll attempt to straighten out some of the confusion surrounding the system. We’ll also discuss what influences eligibility and what the future might look like for the current system.

Many factors can influence your eligibility for bail. These factors are pretty universal no matter which of the seven bond types we’re talking about below. They are:

This isn’t an exhaustive list of what may influence the court’s determination. Depending on what the situation is, the court could use one or several to make its final decision.

Once you know you’re eligible, it’s time to explore your options. Some of these are harder to get than others. See what your bondsman can do before making a final decision.

Cash payment is sometimes referred to as a cash bond. Of the different types of bonds, this one is easiest to understand.

The court sets the amount. You pay the amount in cash. You get released.

Before you ask, the court won’t accept any type of collateral in place of cash. And you don’t pay a percentage of the bail. You pay the full amount.

Courts may set these unusually high to keep certain types of defendants — violent individuals, flight risks — from attaining bail. The money usually gets returned to the defendant if he made all required court appearances.

If you don’t show up, you don’t receive a refund.

The cash bail system is a direct relationship between the court and the defendant. A surety bond adds one variable to that equation: a third-party payor.

In these cases, the third-party would pay the bail to the court for the defendant. Of the various types of bail on this list, surety bonds can be a bit harder to get.

That’s because the bond company does a risk assessment before taking on the client. If a defendant’s finances, credit report, and criminal history are in question, approval would be unlikely.

Qualifying for a surety bond is a good way of mitigating the costs of bail after you’re arrested. You usually pay between 10 and 15 percent of the bail amount and may get part of that back after honoring the agreement.

Of the different bond types, you’ll probably want a citation release more than anything else. You can go home immediately, often from the scene of the incident.

The only stipulation is that you agree to show up for your court appearance as instructed. Failure to do so can result in fines and penalties and, in rare cases, jail time.

Police won’t issue a citation release to anyone. These are typically reserved for misdemeanor offenses.

Among the different types of bail, the signature bond is second only to citation release in terms of what the accused would prefer. These are sometimes called “recognizance bonds,” so if you are “released on your own recognizance,” you will end up signing a signature bond (or “sig-bond,” for short).

The advantage to a sig-bond is that you get out of jail immediately without having to sign over any cash or property. That said, failure to appear will usually result in a monetary judgment that’s determined before your release.

One of the bail bond types you’re hearing more about with current events is the immigration bond. This falls under the purview of the US Immigration and Customs Enforcement (ICE) agency. There are two sub-types:

If one plans to stay in the country, it’s a good idea to use this time to seek the help of an immigration lawyer. Also, it’s time to get family affairs in order and prepare for the possibility of deportation.

A defendant who attains a property bond will do so after first putting up some amount of property as collateral. The property will usually need to be double (or more) of the bail bond amount.

Automobiles, jewelry, and real estate are the most common types of collateral offered, but the court or bond company will accept any item of value.

You can only get the last type of bail bond on our list through the federal courts’ system. In these cases, there will be a co-signer for your release who guarantees a sum of money should you fail to meet the bail obligations.

A federal judge will determine the eligibility of the person signing the release. They look at the financial stability and reputation of the signee when deciding whether to approve.

What Is Next for These Types of Bail Bonds?

In California, These types of bail bonds are at risk. That’s thanks to a proposed law known as SB 10.

This law would eliminate bail, putting public safety and dollars at risk while finding new ways to discriminate against the poor and people of color. Click here to learn more about the threat. And if you need bail assistance, don’t forget to call the Bail Man today.