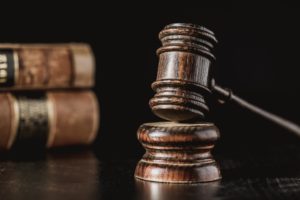 With a median bail in the state of California hitting $50,000, the number of people who have access to posting that much money in minuscule.

Having a bail bond agent who can post the bail in exchange for 10% helps to keep the accused from having their lives disrupted while they away trial. This is just one of the many benefits of using a bond agent.

While the cash bail system has come under scrutiny in the last years, there’s no foreseeable end in sight. People who are unable to post bail can lose their jobs, be kicked out of school, or end up losing their homes. If you can put up bail while you or a loved one is awaiting a hearing, you’ll be able to keep your life together.

If you’re still weighing out the options of whether or not to use a bail bond agent, here are just a few of the overwhelming benefits of using one.

1. You’ll Get A Bail Bond Agent With Experience

Most people have never been through the process of being arrested, awaiting a hearing, and dealing with the criminal justice system.

Many people are overwhelmed by the process and don’t understand how bail bonds work. Hiring someone who knows what they’re doing can save frustration, complications, and the emotional hardships that result.

When you hire a bail bond agent, you get someone who knows your rights and the limitations of the law. They can explain how bonds work and what to expect.

They’ll be able to lay out how the legal process will play out from your perspective, what you can do to optimize it, and what you need to have.Protecting your family, your assets, and knowing your rights is important to the bail bonds agent.

2. You Can See The Release Process Speed Up

If you were going it alone, you or your loved one could end up in jail for much longer than necessary awaiting trial. Bail bond companies have experience and contacts in the legal system. They know who to call to help speed things up.

Often bail bond companies will have built a relationship with the courts over several years. Because they know the bail bond company only takes on the most reputable clients, you’ll have someone vouching for you.

These relationships and agreements take years to build but you can take advantage of them because of your one incident.

If your bail bond company is expert enough and if the crime you or your loved one was accused of is minor, you could get out in under 24 hours. This can avoid lapses in employment that could damage the character of the accused in the eyes of the court. It could also hurt the accused’s ability to pay for basic needs.

3. Save a Headache in Paperwork

Unless you’ve got a degree in criminal justice, a lot of the paperwork necessary for filing for your bail bond could be difficult and confusing. Your bail bond agent will be deeply familiar with the paperwork and be comfortable navigating this process on your behalf.

Minor errors in filing this paperwork could result in a delay in the hearing, rescheduled proceedings, and an even longer jail stay. While you might have anticipated having your loved one out in just a day, mistakes on forms could drag the process out.

The staff at a bail bond company brings professionalism and experience to every matter, even just a simple form. They’ve spent so many hours filling out those forms, they could probably do them in their sleep.

By having someone to make sure everything is accurate and thorough, you’ll speed up the process and save a lot of turmoil.

When people have the money to pay for bail, often courts will raise an eyebrow. You or your family could end up being scrutinized or requiring proof that the money you brought in was lawfully earned. This can be problematic for a lot of reasons, even when the money was earned from your own job.

You could find the judge demanding bank statement, pay stubs, and tax documents to prove that you’ve got the assets reflecting bail. This is a deep invasion of privacy that a bail bond agent would never engage in.

On top of that, you might not have the time or energy to get all of this ridiculous paperwork together in the heat of a crisis.

Because bail bond companies are experienced in working with the courts, their money won’t be scrutinized at all.

Bail is a way for courts to confirm that the accused will show up in court when their trial comes up. They return the money following the court appearance but not before.

Paying an average of $50,000 is next to impossible for most families. Not having access to that money for several months is borderline unreasonable.

This whole process could take several months. If you’ve got hundreds of thousands just lying around, then you might not have a problem. But for most people, this is nothing approaching a reality.

A bail bond agent can help you skip the long wait. If the proceedings end up being more complex than planned and get drawn out, that money just ends up sitting there.

If you’ve only paid an affordable fee through a bail bonds agent, you’ve got much less to be concerned about.

A Bail Bond Agent Is There To Help

Your bail bonds agent is essential to guaranteeing a speedy legal process. They can ensure that your life goes back to normal as soon as possible. Thanks to bail bonds, you or your loved one can see freedom quickly.

If you’re looking for an agent to serve you some bail bonds, contact us today to find a perfect fit for your situation.