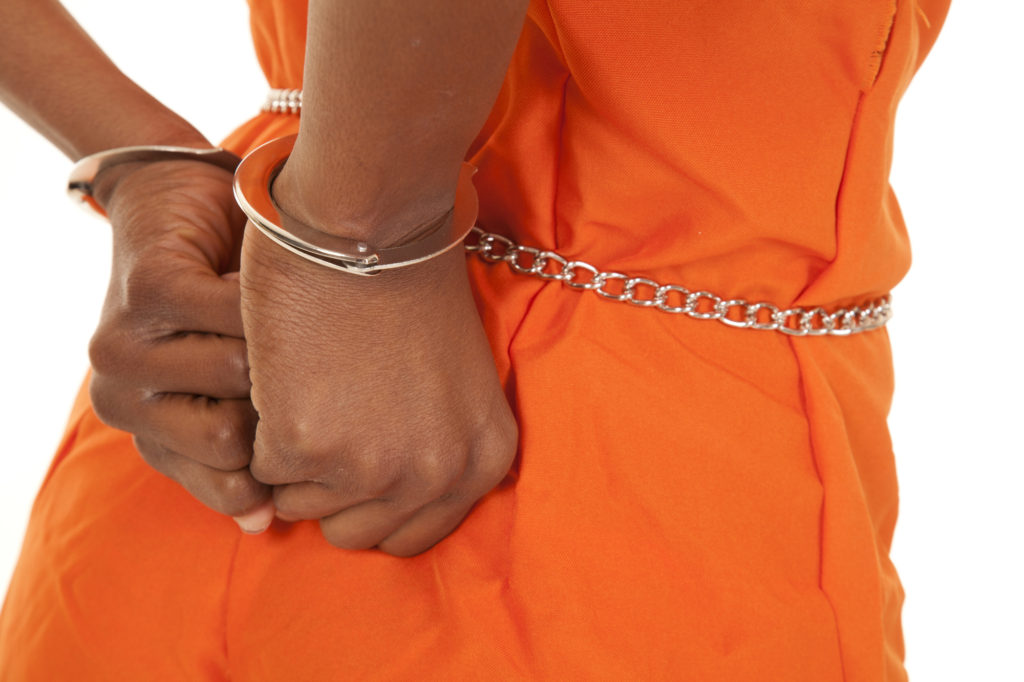 Innocent until proven guilty, the presumption of innocence, the Sixth Amendment of the Constitution: each of these imply that the defendant on trial is not yet guilty of associated crimes. Unfortunately, appearing in court clad in an orange jail jumpsuit and handcuffs does not scream ‘innocent!’

It is standard for inmates to wear jail clothes to an arraignment or other hearings. However, this practice is detrimental to those that are forced to wear jail or prison garb to a jury trial.

We are going to take a look at how donning a jail jumpsuit can affect the outcome of your trial and how to prevent this from happening.

The Purpose of the Orange Jail Jumpsuit

If you’ve never been to jail or known anyone that has, it is still likely that you’ve seen the striped black and white jumpsuits on older television shows. No matter how or where you’ve seen these clothes, it is a common theme in jails.

A more current look in institutions is typically a neon orange color, with the word ‘inmate’ painted across the back. Other facilities may have different colors or use stripes. However, it all serves the same purpose: security within the confines of the jail.

Dressing inmates in certain colors will allow officers to quickly see anyone who is out of place. This is a great way to keep inmates where they’re supposed to be, as well as giving the corrections team the ability to identify those who are flight risks or dangerous.

Inmates are also clothed in jail jumpsuits to discourage escape attempts. If an inmate attempts to leave in his jail clothes, the general population will know he doesn’t belong and officers can apprehend him.

If you think about any tv show or movie that depicts a jail or prison, the people found inside are often guilty. If the character is not actually guilty, they are in jail because they were found guilty.

Are all people in jail or prison guilty? No, but the media often displays them as such.

It is easy to make the association that a person in an orange jail jumpsuit and handcuffs is guilty. Jurors will see the defendant and subconsciously decide whether or not that person committed a crime before any facts are even presented.

It comes down to looking as much like everyone else as possible. No one in the courtroom will be wearing an orange jail jumpsuit but the defendant. This makes them easy to spot and easy to gawk at.

As a defendant, your behavior is important–but it won’t change the jurors’ first impression of you. Unfortunately, Justice isn’t as blind as she used to be and stereotypes are followed all too closely.

What Not to Wear

To some, it may seem obvious that oversized t-shirts, baggy pants, plunging necklines, or mini skirts have no place in the courtroom.

While these may be obvious, casual attire such as jeans, work boots, sneakers, and even fitted t-shirts for men are not appropriate. Women should stay away from overly tight, short, or revealing clothes, also veering from bold prints and bright colors.

The key to dressing in a courtroom is being conservative, humble, and likable. This includes your hairstyle, choice of jewelry, and makeup.

If you are incarcerated at the time of your jury trial, speak with your attorney. Quite often, your attorney can arrange for you to change from your jail jumpsuit into civilian clothes before entering the courtroom.

To ensure you will not appear in court clad in your orange jail jumpsuit, consider using a bail bondsman. Taking this route will allow you to choose your own clothes on the day of trial, and not appear in handcuffs.

Bonding out of jail can also afford you the opportunity to relax a bit, get your hair taken care of, and show up with your game face on. Having a chance to prepare while you are out of jail will also allow your attorney to instruct you on body language–which is as important as the clothes you wear.

Each of these aspects–the hair, body language, and clothes–all play a part in how you are perceived by your jury. It is also important to think about the conditions in jail and how those conditions affect your overall behavior and demeanor.

Opting to bond out of jail before the jury sees you for the first time can allow you time to adjust to being a civilian. Not only do you get to take the physical orange jumpsuit off, but you can remove it from your mind.

This might sound odd, but spending any amount of time in jail will force you to become guarded, untrusting, and hyperaware. These are survival mechanisms from your brain but can be offputting to a jury.

Being accused of a crime is NOT the same as being convicted of one! Unfortunately, when locked up, the mentality you adopt will inevitably show guilt. Coupling that mentality with an orange jail jumpsuit can make even the most innocent man seem at fault.

It is imperative to your case and your freedom that you arrive at court in conservative business attire. It is equally as important to arrive mentally prepared, showing a humble (not hardened) demeanor.

This is why we recommend allowing us to post your bail. We will help get you home faster which will allow you to meet with your counsel and prepare for your case.

Using a bail bondsman doesn’t have to be scary, and no one should treat you as a criminal. Our mentality is that you haven’t been proven guilty and should be given the benefit of the doubt.

If you or a loved one has been accused of a crime or landed in jail, getting out quickly should be the first thing on your list. To do this, contact us to get the ball rolling.